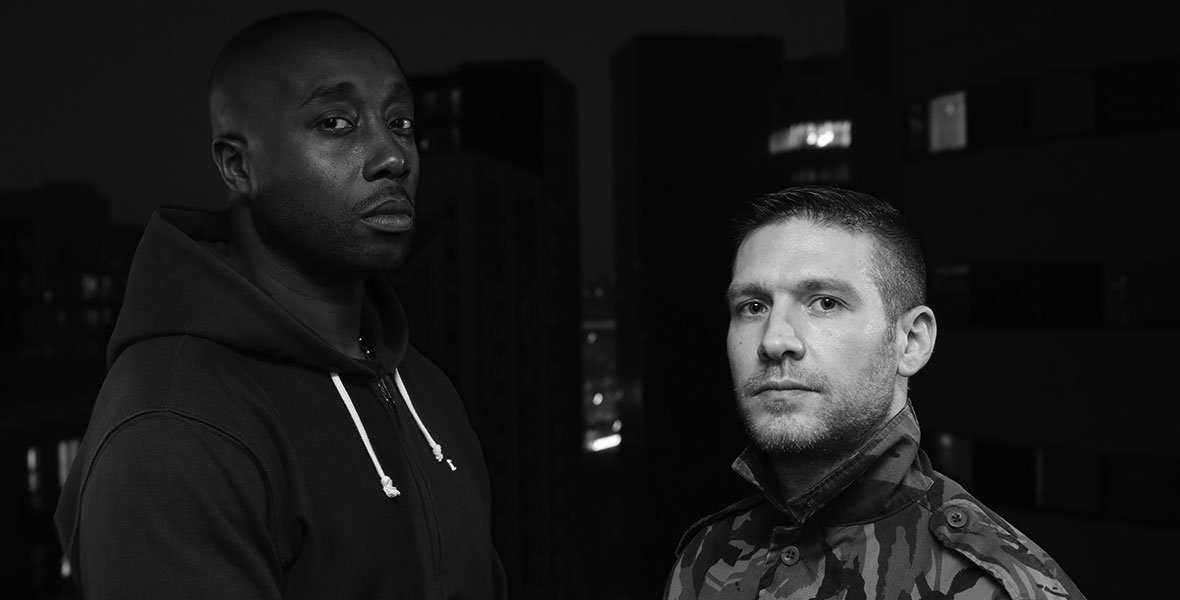 Dawn Raid is ADT & Kingsize a Jungle/Drum n Bass collective based in the UK’s city of Manchester. They are also the label owners of Bass Music imprint Hocus Pocus.

In mid-2011, Dawn signed exclusively to DJ Vapour’s 36Hertz Recordings and subsequently released their debut single ‘Breakdown’ featuring Leanne in late 2011 with big remixes from the likes of RAM Records artist Callide. This was followed up by their debut EP on 36 Hertz ‘Tears in the Rain’ & their first collaboration with current jungle don Bladerunner via the ‘Back To the Bass’ LP series in the form of the dance floor smasher ‘Hippo Yawn’… all of these tracks featured on Radio 1, played by DJs Friction, Bailey & Crissy Criss.

Upon leaving the label to further spread their creative wings & broaden their musical horizons in May 2012, Dawn turned their attention to focusing on building their release portfolio. This led to a September 2012 DnB Number One! with Bladerunner in the form of the ‘Only You’ remix for old skool legend Nookie released on Phuzion Digital.

Currently, Dawn have been actively working on pushing their own label; Hocus Pocus which is now receiving big support on its releases from DJs Randall, Friction, Bailey, Grooverider, Crissy Cris, Ray Keith, Nicky Blackmarket, Nu Tone, Logan D & Kenny Ken amongst many others.

With a stack-load of original material and remixes from other prolific artists such as Voltage, Callide, Lionfire, KJah, Jinx, Sterling Sound, Freeze, Fire Syne & Sudden Def etc, the future is looking bright for this Manchester based collective!

Dawn Raid’s style of DJ set can simply be referred to as straight up dancefloor, with a musical edge! This is due to all the artists in the collective having a shared experience in DJ/MC performance and production spanning the past 15 years from jungle as it was back in the early 90’s, to its present day DnB format.

Combined with a real passion for the music, and the scene since it’s inception in the early 90s, Dawn Raid seek to deliver productions and live performances that represent the spectrum of Jungle/DnB from its beginnings to the present day. They do not limit themselves to current trends and always encompass the genre in its many forms, from deep and rolling, to big tear out tracks… always with a strong reference to the core elements and influences of the music from it’s beginning.