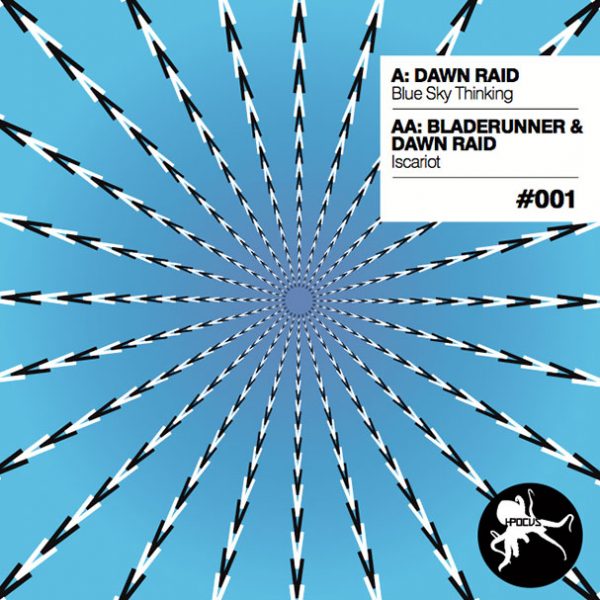 Dawn Raid is proud to present a massive debut release on their brand new label ‘Hocus Pocus’. The guys have worked hard over the last few years securing releases on acclaimed established labels, and remixing renowned artists such as DJ Slipmatt, Peter Bouncer, DJ Sappo, Riz Mc, Zed Bias and more recently Nookie, which saw the Manchester collective team up with Dread Recordings kingpin, Bladerunner. This resulted in a number one selling track across popular music sites such as Drum and Bass Arena, Dogs On Acid and Trackitdown.

This debut release on their own imprint sees the Manchester collective present some of their original works and collaborations that they have produced by working with some of the biggest rising stars in Drum and Bass/Jungle to date.

Dawn Raid flex their musical might with this big amen roller. Lush pads and melancholic piano sets the mood raising up the temperature with massive neck snapping drums and classic deep basslines, all topped off nicely with uplifting and clash style vocal stabs. This one has real musical depth but also has the ability to destroy the dancefloor…truly reminiscent of that deeper Drum and Bass sound from the early 90’s.

Dawn Raid has once again teamed up with one of the biggest current stars in the scene at the moment…the mighty Bladerunner. This collaboration has resulted in a tune that gives a strong nod to the Bristol sound of the mid 90’s. Inspired crisp live scatty beats and Kung Fu vocals lead us into an all out assault of face-melting, devastating and bouncy basslines with sinister dub fx stabs and vocals. This one really does do the business, as you would expect from a potent collaboration responsible for a recent number one!