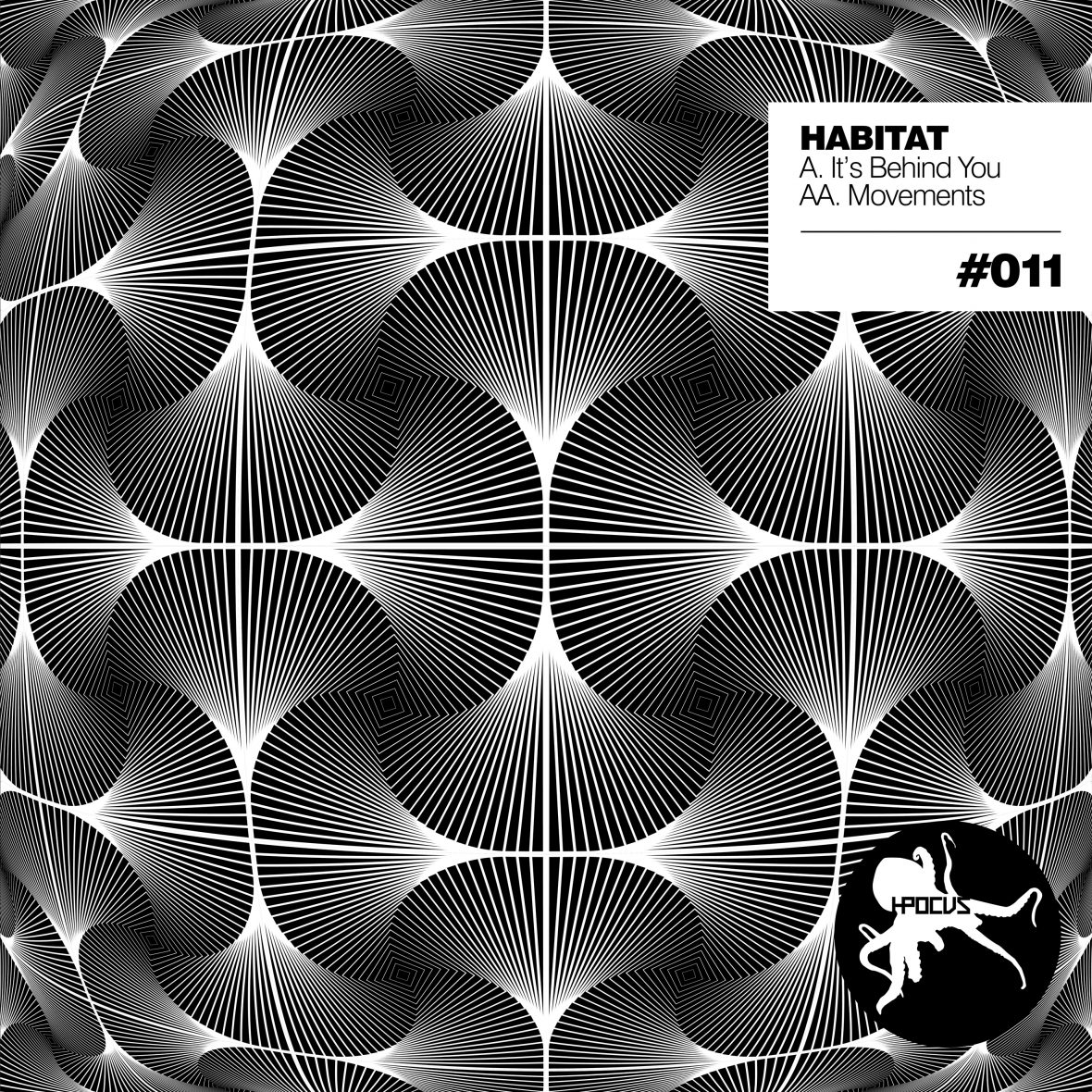 This time Hocus Pocus is proud to present their 11th release in the form of two
seriously dark, moody & dirty jungle/dnb cuts, courtesy of rising undercover producer and DJ… the one known as Habitat.

Habitat’s beats & bass combos have been a firm fixture on rotation in Dawn Raid dj sets for a while now! So we felt it was time he stepped up to the plate for the label… & he delivers in uncompromising style! Armed with dubs a plenty and ready to take the Hocus Pocus stable by storm with his contagious high quality productions, Habitat pulls no punches…and this release represents his infectious production skills & the Hocus Pocus label to the fullest! With many releases set to drop on a multitude of labels over the next few months, we are pleased to be an integral part of Habitat’s journey.

Habitat intro’s his Hocus Pocus tenure with this piece of audio dynamite. “Its Behind You”
Begins like something akin to a suspense filled psychological horror flick! The scene is set by a recurring heavy stepping beat that builds nicely for a true dnb DJ’s mixing pleasure. The impending doom then builds to set the tone for the drop! Upon the drop an atomic
filthy bassline workout takes no prisoners as the beats start to hard-step out & snap
necks for anybody in the vicinity… very ill!.

Another badass dance floor roller that would be a powerful weapon in any DJ’s track list arsenal. ‘Movement’ buys in to Habitat’s trademark elements… by building a very expressive audio landscape laden with dark stabs & whispering vox’s as the intro sets the foundation for the track. This is complemented very nicely by a flourish of hats that entice the listener into the all-important groove. As the track drops, the listener is transported to the drop via a very solid breakbeat & bass workout, which rolls out with ferocious intent. Proper!