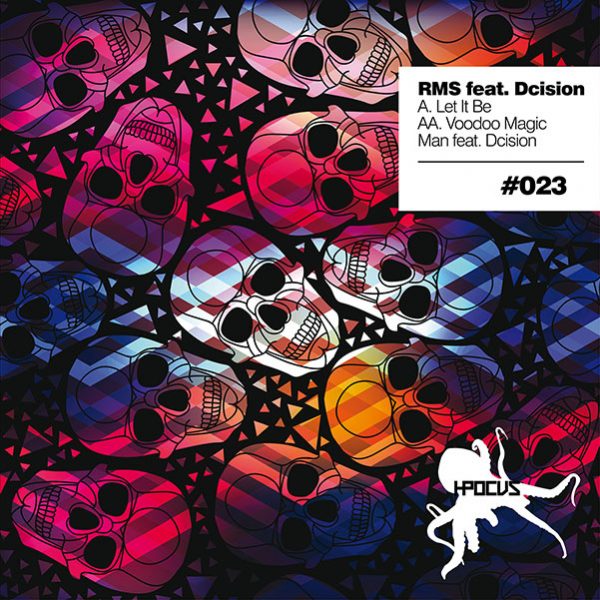 Next up on Hocus Pocus we have the debut release on the label from two up and coming artists who pull no punches when it comes to dropping their razor sharp intricately crafted beats & bass on us all… Hocus Pocus welcomes to the stable, the unyielding sounds of RMS & Dcision!

A – Let it Be
We kick off the heavyweight pressure with a recurring heavy stepping beat that builds nicely for a true DJs mixing pleasure. The impending doom then builds to set the tone for the drop! Upon the drop an atomic filthy bassline workout takes no prisoners as the beats start to hard-step out & snap necks hard for anybody in the vicinity! Rude!

AA – Voodoo Magic Man
Serious, serious tune this! Reminiscent of that pure dark jungle/dnb sound that hit hard in late 90s… RMS & Dcision put a 2017 stamp all over this riddim’ to make it one those tracks that will do damage on any dancefloor. The eerie intro on this one step’s out as it draws on the senses! Further to that… the track then introduces a hypnotic vox sample that has that dark creeping up on ya vibe all over it! At the breakdown, the beats & bass catapult you into an intoxicating track that will steps out with precision till the track’s conclusion. Hard!