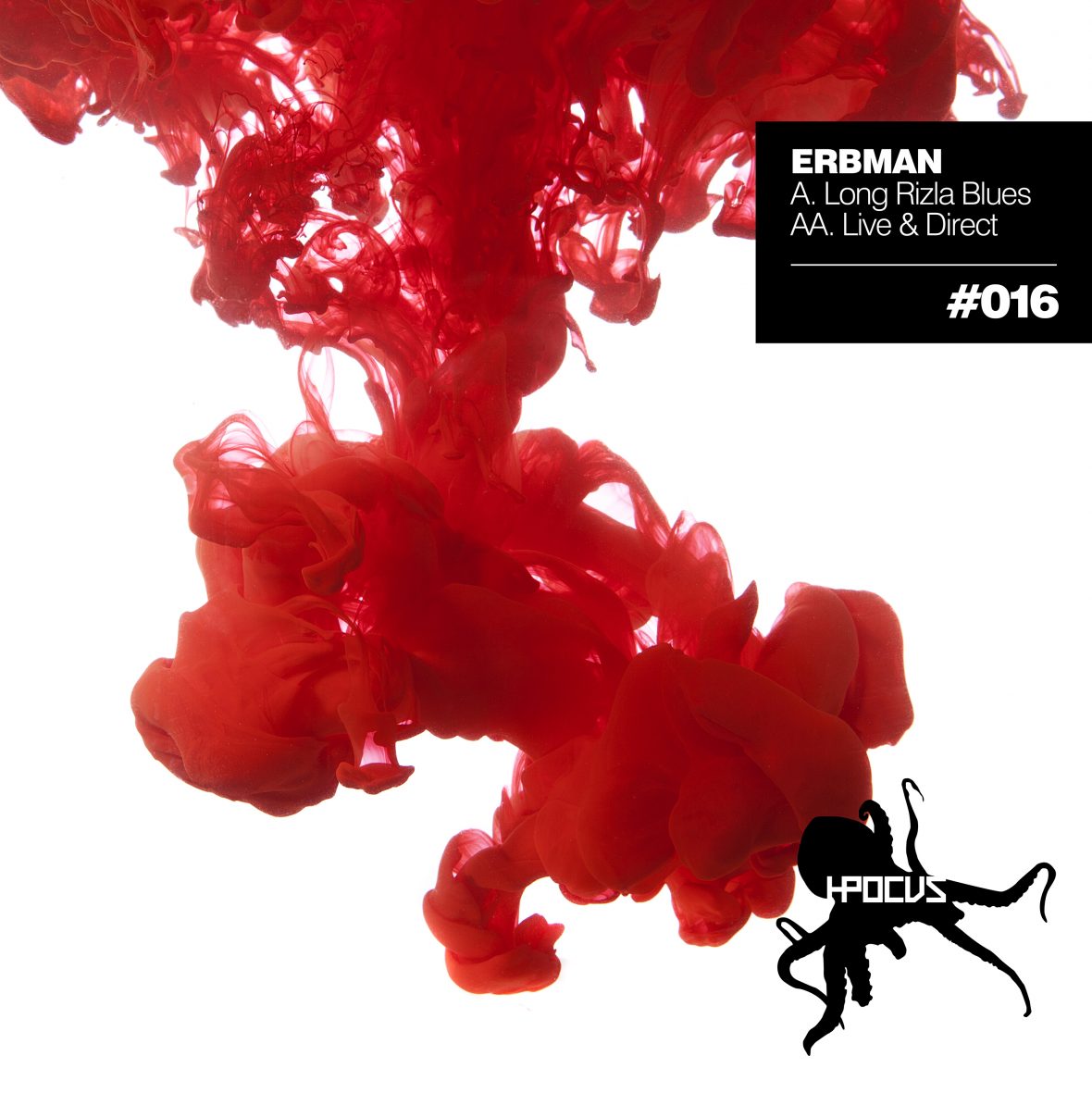 Hocus Pocus steps up to present their 2nd release of 2016 in the form of two rolling pieces of Jungle/Dnb courtesy of Scouse producer and DJ, Erbman! This producer has been a firm fixture for many years in DJ sets across the North West… He is now armed with dubs a plenty and ready to cement a place in the dnb scene with his high quality productions. Erbman has expressed his love of traditional rolling jungle/dnb music from the 90’s through his productions and this release is no exception!

Erbman goes back to the golden era of the mid 90’s award-winning Bristol sound with this cut! A rolling intro breaks down into a build up guided by well-placed hip hop style vocals! The drop hits you with a classic and infectious jump up double bass bass that sends the place into meltdown and has already devastated dancefloors on dubplate. The track has lots of intricate switches in the bassline to keep the ravers bubbling. Vibes!

‘Live & Direct’ is a real sneak attack on the senses. Building with an instantly recognisable musical hook, you will be hypnotised by the step out nature of the intro as it breaks down in to the vox…Then out of nowhere deep rolling bass drags you full throttle into the track! Deep booming subs then combine with the rolling bass to keep your senses & internal organs resonating at full throttle whilst the track steps out in a big way! Most definitely a riddim to let the listeners know what time it is on the dancefloor! Big!