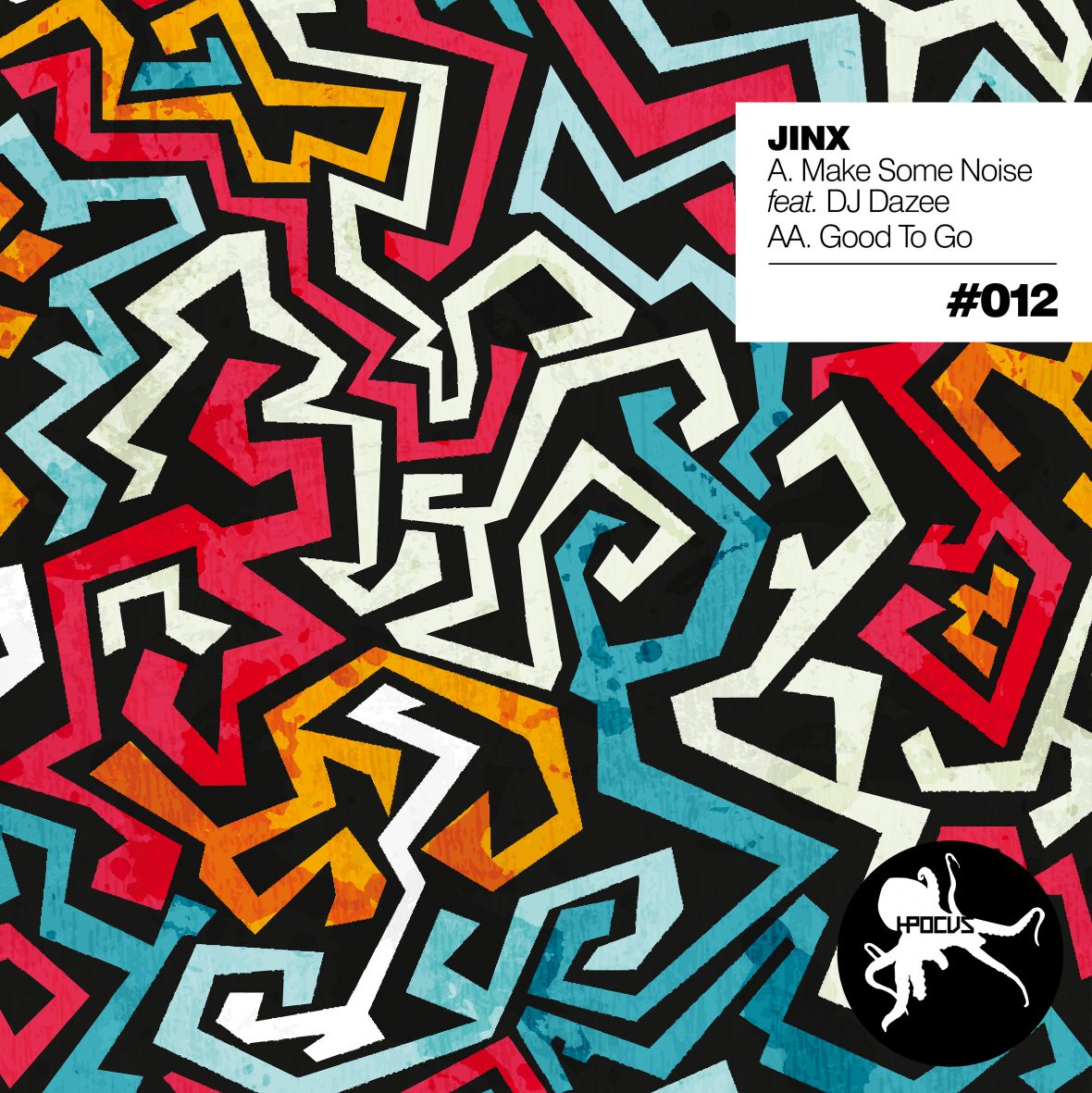 Hocus Pocus is proud to present their 12th release in the form of two rough & rolling dub smashers… The second release on Hocus Pocus from an artist who over the past year has caught the attention of those that know “what time it is” in the dnb/jungle scene!

After receiving big praise for their last release HP011 from the one known as Habitat. Hocus Pocus head straight into their next double a-side single, & are very proud to present two heavy dance floor tracks from a Hocus Pocus artist who is making waves across the dnb/jungle scene… One third of the mighty Lionfire crew…hailing from the midlands city of Birmingham UK… the dub plentiful producer & DJ known as Jinx!

Jinx sound could best be described as real sub-tastic rolling jungle/dnb, blended with a myriad of musical influences which serve to fashion the formula of his tracks! This release embraces those influences to the fullest, & this time he’s brought some thoroughbred company to the table with him… in the form of Ruffneck Ting head dubplate assassin supreme… the one & only DJ Dazee.

‘Make Some Noise’ is a real no holds barred track that combines all of the elements you would expect Jinx to call upon when laying the smackdown for Hocus Pocus! Building with rolling beats, piercing strings & stabs a plenty from a timeless classic era. You will be hypnotised by the step out nature of the intro as it breaks down in to the vox commanding you to “Make Some Noise…Now!!” Then out of nowhere deep rolling bass drags the listener hook, line & sinker into the track! Deep booming subs combine with a rolling arsonist bass & subtle female vox to keep your senses & internal organs resonating at full throttle whilst the track steps out in a big way!

‘Good To Go’ is more of a creeping jungle roller that you wont be able to get enough of after the first time you give it a listen. Building in a very unassuming way ‘Good To Go’ injects pure dub vibes into the riddim as the intro skips along. Eerie horn stabs & beats set the tone for the drop where amen fills build the anticipation for the drop! Upon the drop, trademark bouncy bass & step out beats from Jinx take the track naturally where it needs to go! Into the jungle with absolutely no compromise. Heavy!