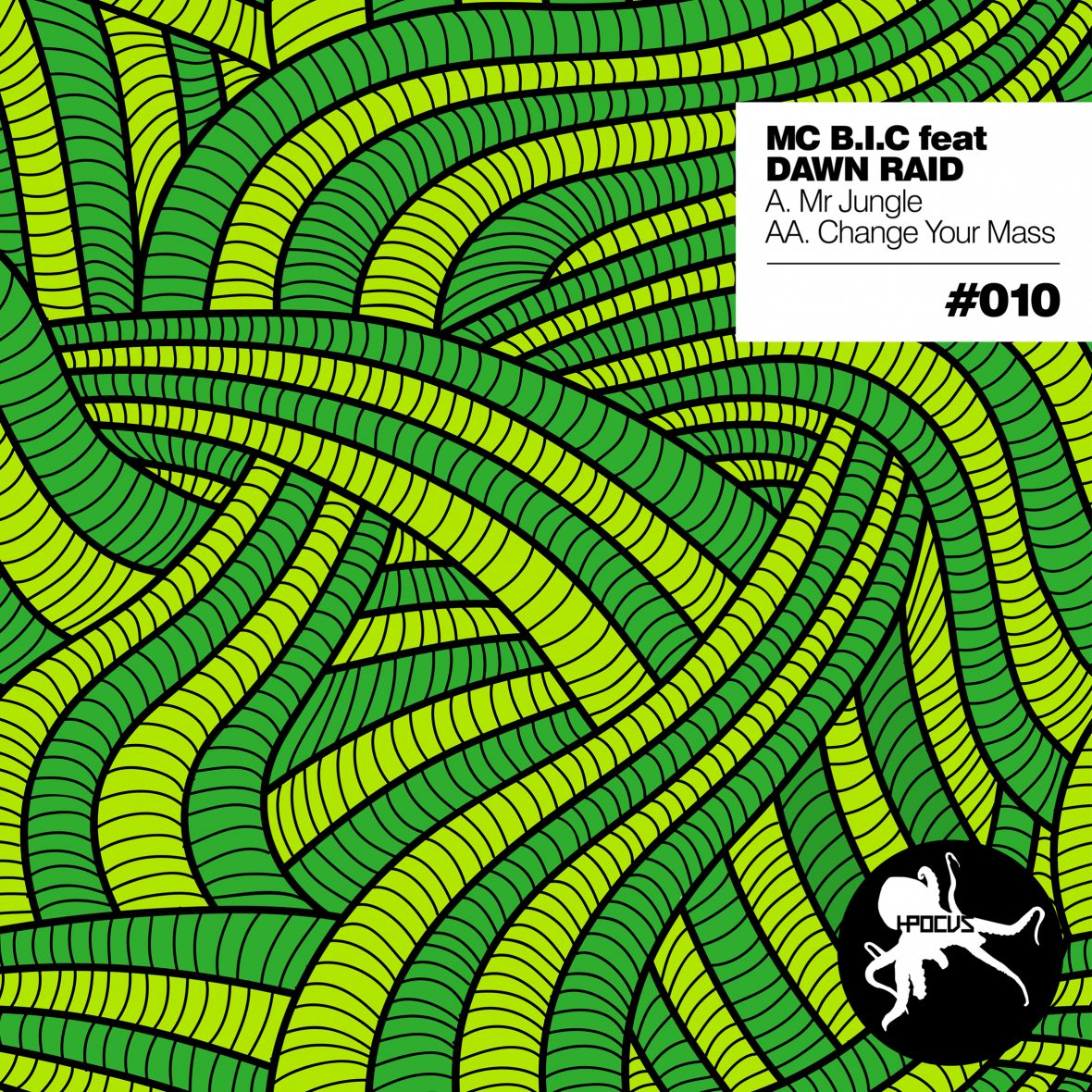 Hocus Pocus 010 slams out with two tracks that marry all that is deep & heavy about the label. Marching headlong into their next double a-side single, the stable is very proud to present two heavy dance floor tracks via the label debut of a true veteran of the potent Manchester underground Jungle/DnB scene…the artist known as MC B.I.C.

B.I.C.’s booming sub lyrical sound could best be described as real low-end rolling jungle, blended with soul, bashment, reggae & hip-hop which serve to sculpt the formula of his tracks with Dawn Raid. This release embraces those influences to the fullest, as B.I.C. lays down his trademark infectious vibe with tracks that will do the necessary damage when thrown down in any set!

Is a righteous respectful nod to all the true veteran testosterone-fuelled junglists who roam dance floors across the planet, blending those deep vibes akin to the classic rough & rude jungle sound of the early 90’s… Mr. Jungle comes heavy with a trademark classic pad & string combination, fused with cantankerous breaks that stomp & roll along with the uncompromising “dutty raw” lyrical toasting of MC B.I.C. As the track progresses the hyper intro is met with a roaring reese & bouncing 808 bass which result in a full on soundsystem workout… Heavy!

On this one B.I.C shows a deeper & more rolling edge to his sound…the cold guitar introduces B.I.C.s sonically lo-fi lyrics backed up by some lush female vox stabs, classic funk breaks and booming subs. Rolling out in true autobot fashion, Change Your Mass is the result of Dawn Raid’s running amen’s, bouncing bass and soulful vibes combined to showcase the vocal prowess & sound of MC B.I.C.