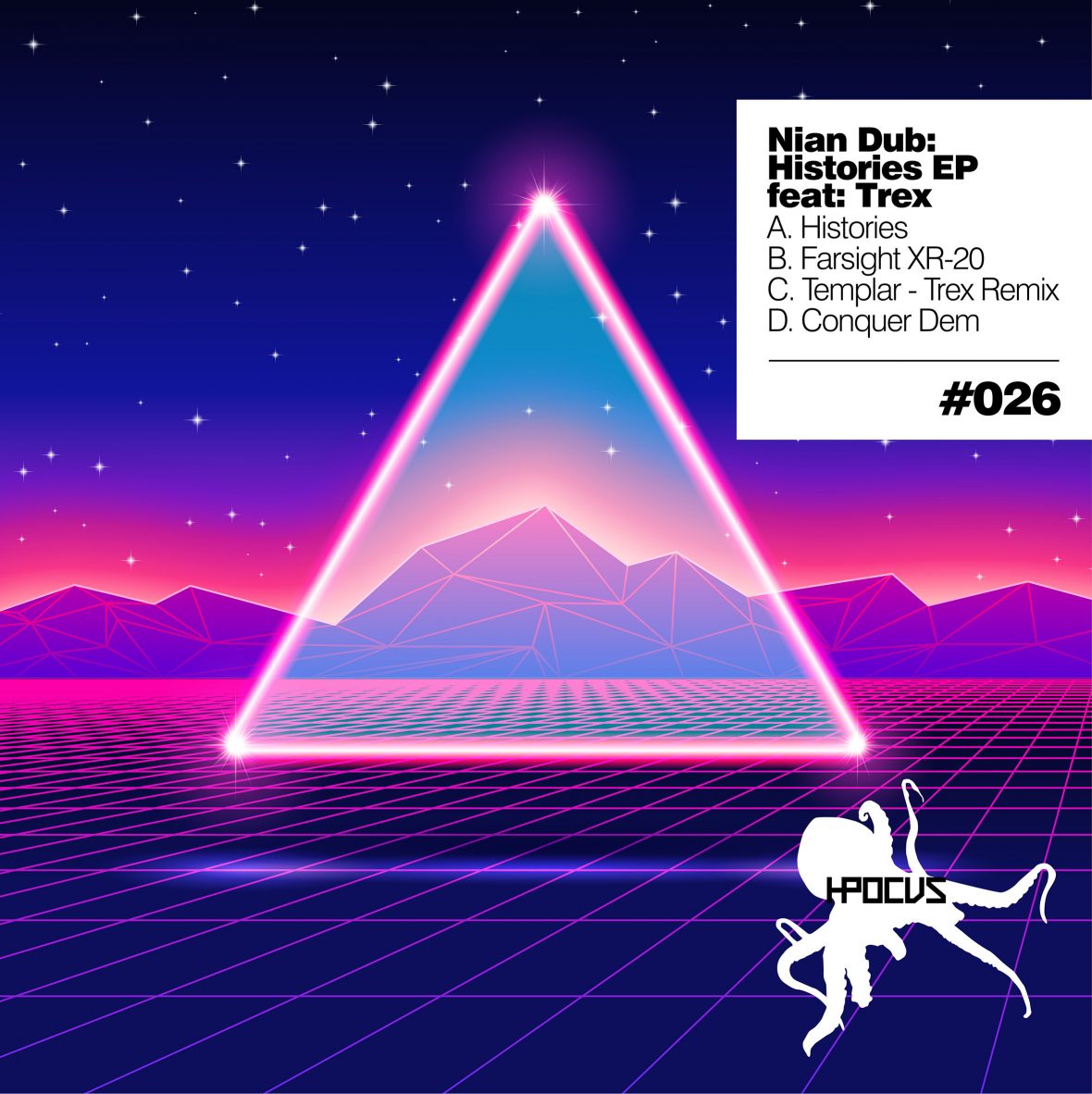 Hocus Pocus is proud to present their 26th release the first of 2018, in the form of the rough & rugged Histories EP from label mainstays Nian Dub.

A – Histories
Waves of hypnotic chords and arpeggio lines wash over spaced out vocal edits and cymbal rolls setting the scene for the title track of the E.P, Histories. As the sea’s part, we’re back in familiar territory with militant breaks, deep 808 bass thunder and sinister synth modulations crashing through the sound system, taking the listener on a journey to the dark side.

B – Farsight XR-20
Farsight XR-20; advanced alien weaponry re-imagined as five minutes of hard hitting breaks and future bass damage. Definitely one for the dance floor the relentless driving rhythms and twisted bass pulses raise the energy levels to critical; which is exactly what you would expect from a track based on an alien rail gun that can shoot through an unlimited number of walls without leaving any evidence.

C – Templar (Trex Remix)
Trex is a producer making big waves of late and for good reason, here he brings his skills to the table with a killer remix of Nian Dub’s Templar, originally released on Hocus Pocus back in 2016.  The relentless driving bass line of the original is reworked into an absolute screw face masterclass that is nothing short of deadly. Pure fire for any selectors record bag. Wheel it!

D – Conquer Dem
Hold on to your hats. Tear out amens and dark jungle soundscapes form the backbone of a track reminiscent of the sounds of the late 90’s. The track opens up with ambient soundscapes, distant synth lines and time stretched vocal chops, before launching into a myriad of drum edits and aggressive bass stabs.