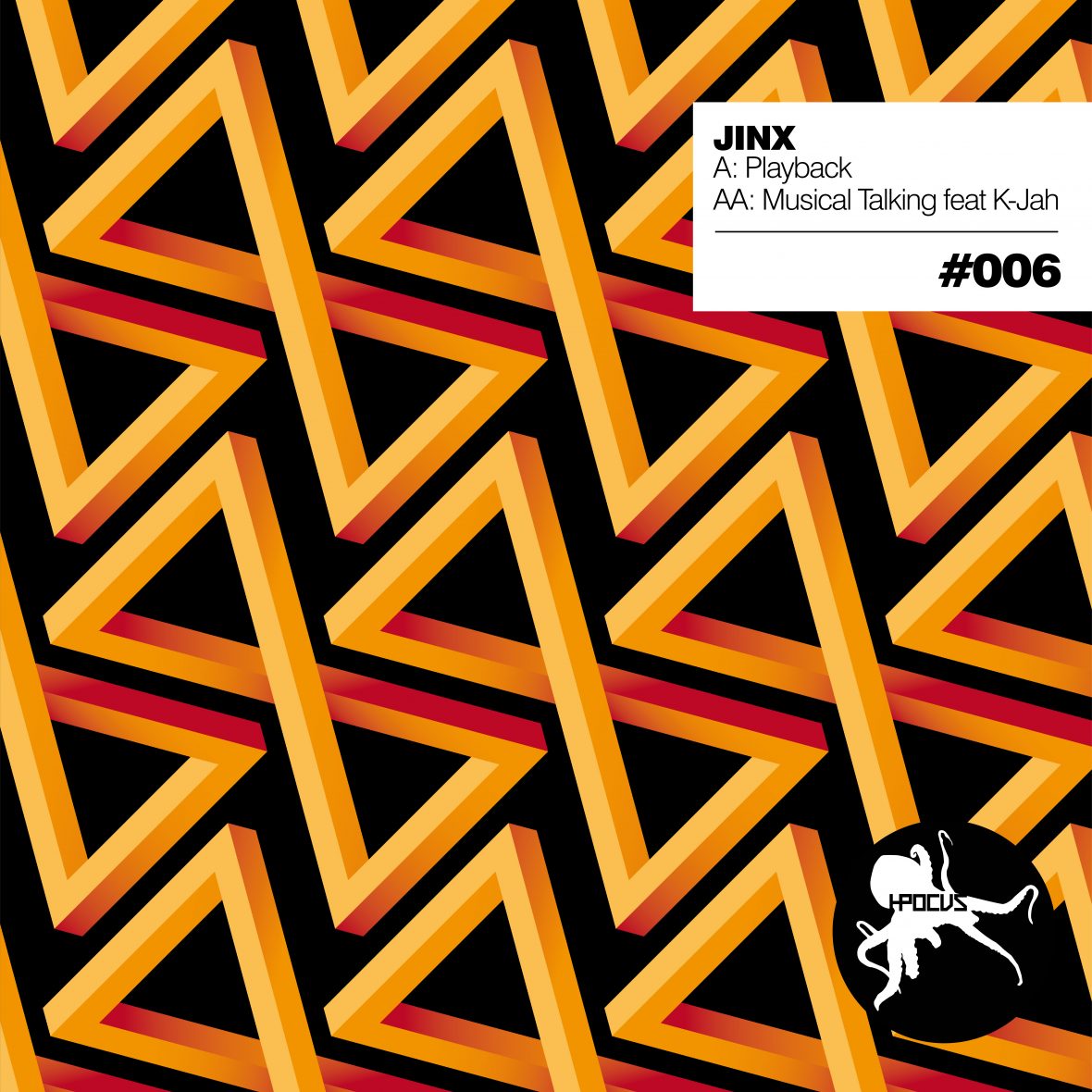 After receiving such praise for their last release, Hocus Pocus headlong straight into their next double a-side single, & are very proud to present two heavy dance floor tracks from the Hocus Pocus debut of the artist known as Jinx… One third of the mighty Lionfire crew, (Dread Recordings) hailing from the midlands city of Birmingham UK. Jinx sound could best be described as real low-end rolling jungle, blended with soul reggae & hip hop which serve to sculpt the formula of his tracks! This release embraces those influences to the fullest, as Jinx lays down his trademark vibe with tracks that will do the business inside any dance across the planet!

‘Playback’ is a real sneak attack on the senses. Building with hip hop stabs & vox’s you will be hypnotised by the step out nature of the intro as it breaks down in to the vox commanding you to “check this out man”. Then out of nowhere deep rolling bass drags you full throttle into the track! Deep booming subs then combine with the rolling bass to keep your senses & internal organs resonating at full throttle whilst the track steps out in a big way! Most definitely a riddim to let the listeners know what time it is! Big!

If ‘Playback’ can be described as a “sneak attack”…then ‘Musical Talking’ is more of a creeping roller that you wont be able to get enough of after the first time you give it a listen. Building in a very unassuming way ‘Musical Talking’ (which features another Hocus Pocus artist K Jah) injects pure dub vibes into the riddim as the intro pulsates along. Further to this, a knocking bass sound hooks you in & doesn’t let go, before the tunes breaks down to the drop! At this point you are transported via a disgustingly deep & menacing reece bass which complements the knocking bass like an audio marriage made in heaven to roll out like a real champion bubbler. RRRRRRRRRolling to say the absolute very least. A real dance floor roller in the truest sense of the word. Sick!