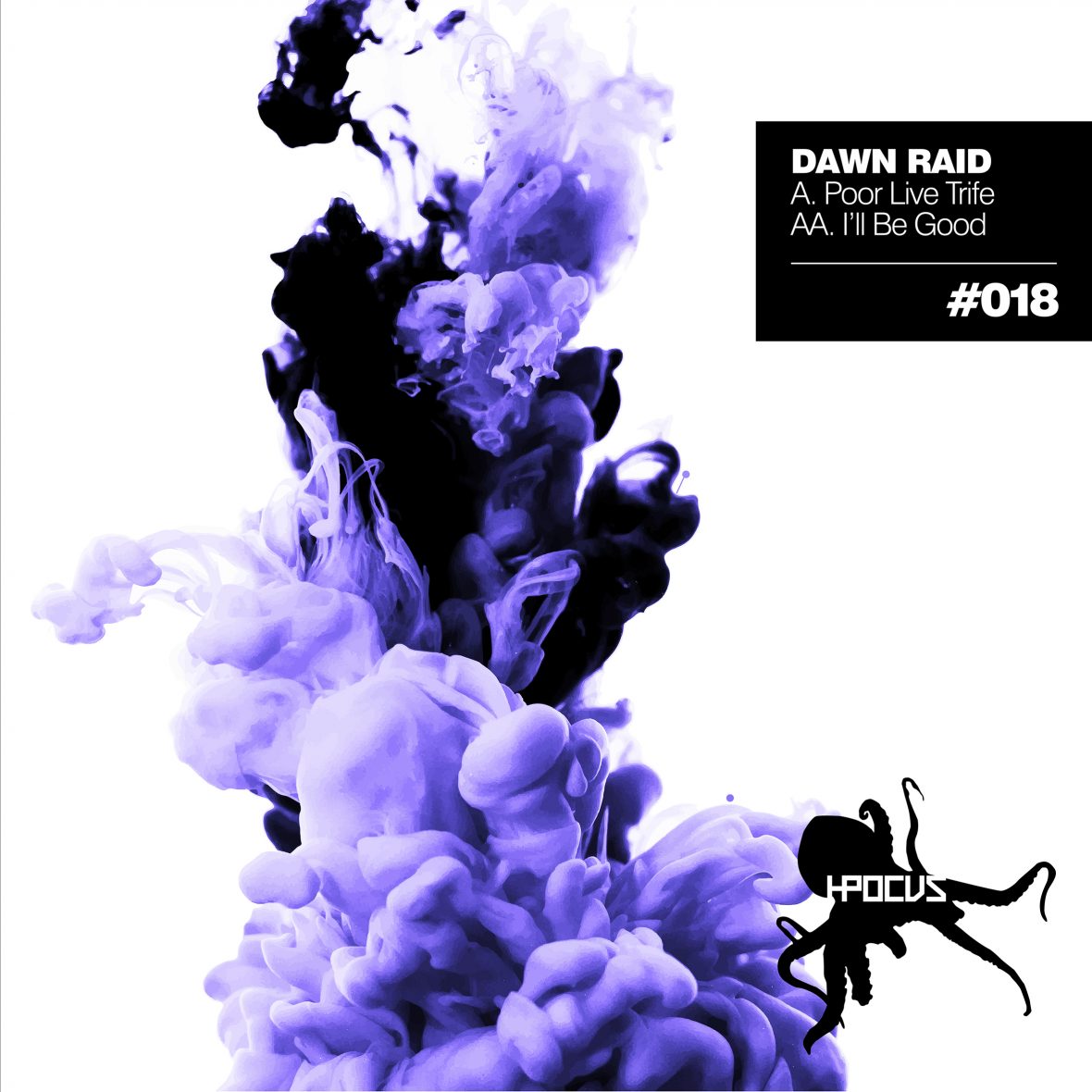 Building on the recent success of Nian Dub’s cantankerous release… Hocus Pocus are back with more audio damage in the form of 2 future-retro Jungle/DnB tracks from label owners Dawn Raid.

This track is one for those who like it rough & rolling! The scene is set by a recurring rocking beat that builds nicely alongside a little vocal stab straight out of that golden-age hip hop era. This is accompanied by a flourish of keys that compliment the beats as the pressure builds! A filthy bassline workout then takes no prisoners as the beats roll out hard to the tracks conclusion, with a cheeky twist;) Straight tough & uncompromising. Bad!

Another badass dancefloor track that will be a potent missile in any DJ’s track list armory. ‘I’ll Be Good’ buys in to Dawn Raid’s characteristic origins… by building a very soulful audio landscape laden with pads & strings as the intro sets the footing for the track. This is complemented very nicely by some heartfelt vocal acrobatics, & an electric piano flourish that entice the listener into the all-important big bassline groove! Rollin’.