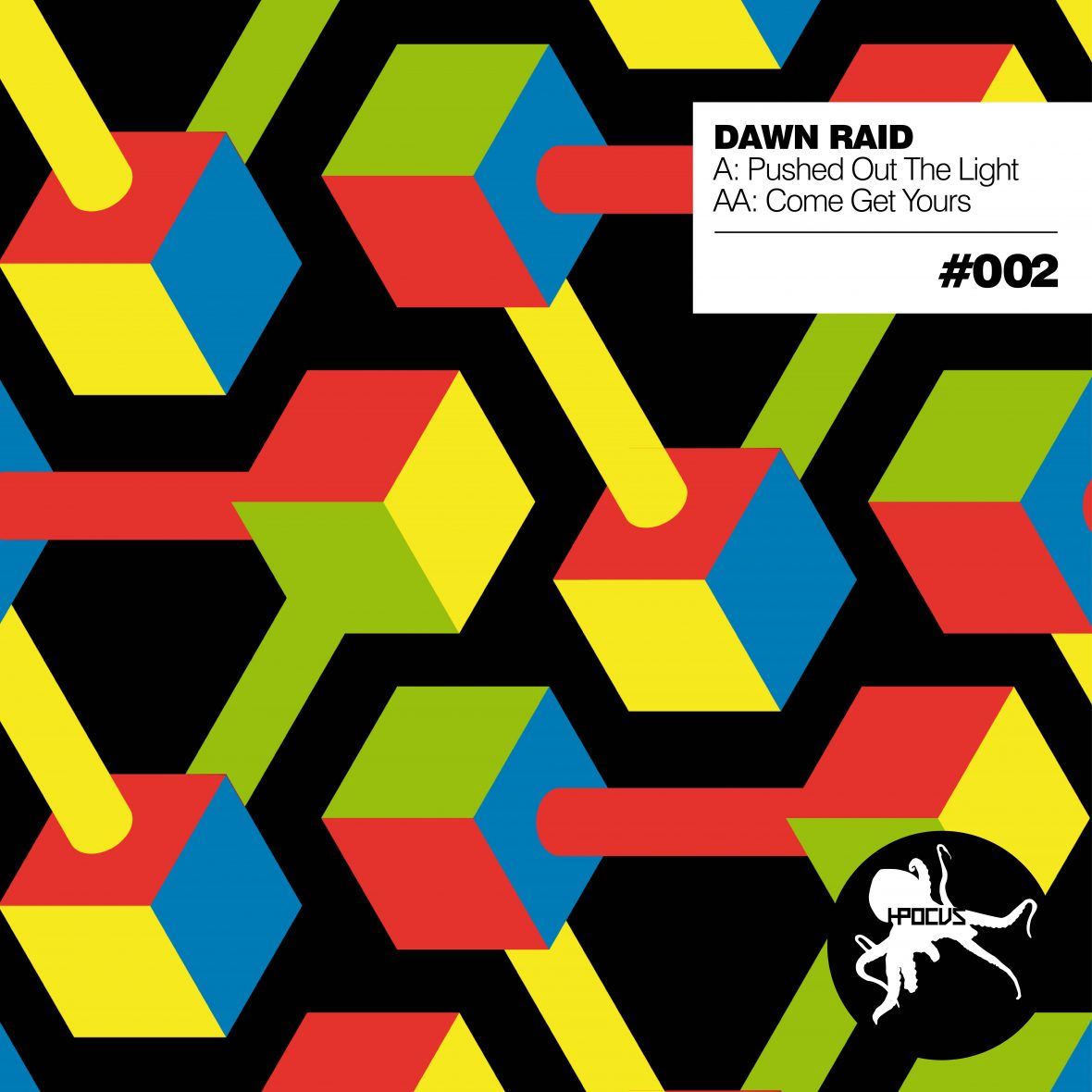 This debut release on their newly established imprint was also accompanied by a ridiculously slick video, & saw Dawn Raid end 2012 with the future most definitely looking bright! Hocus Pocus 002 – See’s Dawn Raid come with something a shade darker in comparison to the uplifting nature of HP001… & is currently being supported on dub by the likes of Randall, A-Sides, Basher and Spirit.

A – Pushed Out The Light

Dawn Raid lay the smackdown with this big amen tear out track! Not for the faint hearted! This track kicks off with searing cut-throat stabs, eerie trippy vox’s & swirling dark atmospheric pads that set the mood nicely for what’s about to ensue. Upon the drop, Dawn Raid up the temperature to dancefloor destruction level with classic 808 distorted baselines which complement the unyielding drum work… rolling out with ferocious intent! Definitely one to get the party started.

AA – Come Get Yours

Dawn again pull no punches with this piece of audio dynamite. Come Get Yours intros like something akin to Michael Myers, Jason Voorhees or Freddy Kruger entering the dance! The scene is set by a recurring intro that builds nicely for a true dnb DJ’s mixing pleasure. The impending doom then builds with a haunting string & vox arrangement, which really sets the tone for the drop! Upon the drop an atomic Q&A bassline workout takes no prisoners as the beats start to hard-step out & snap necks for anybody in the vicinity… you have been warned!