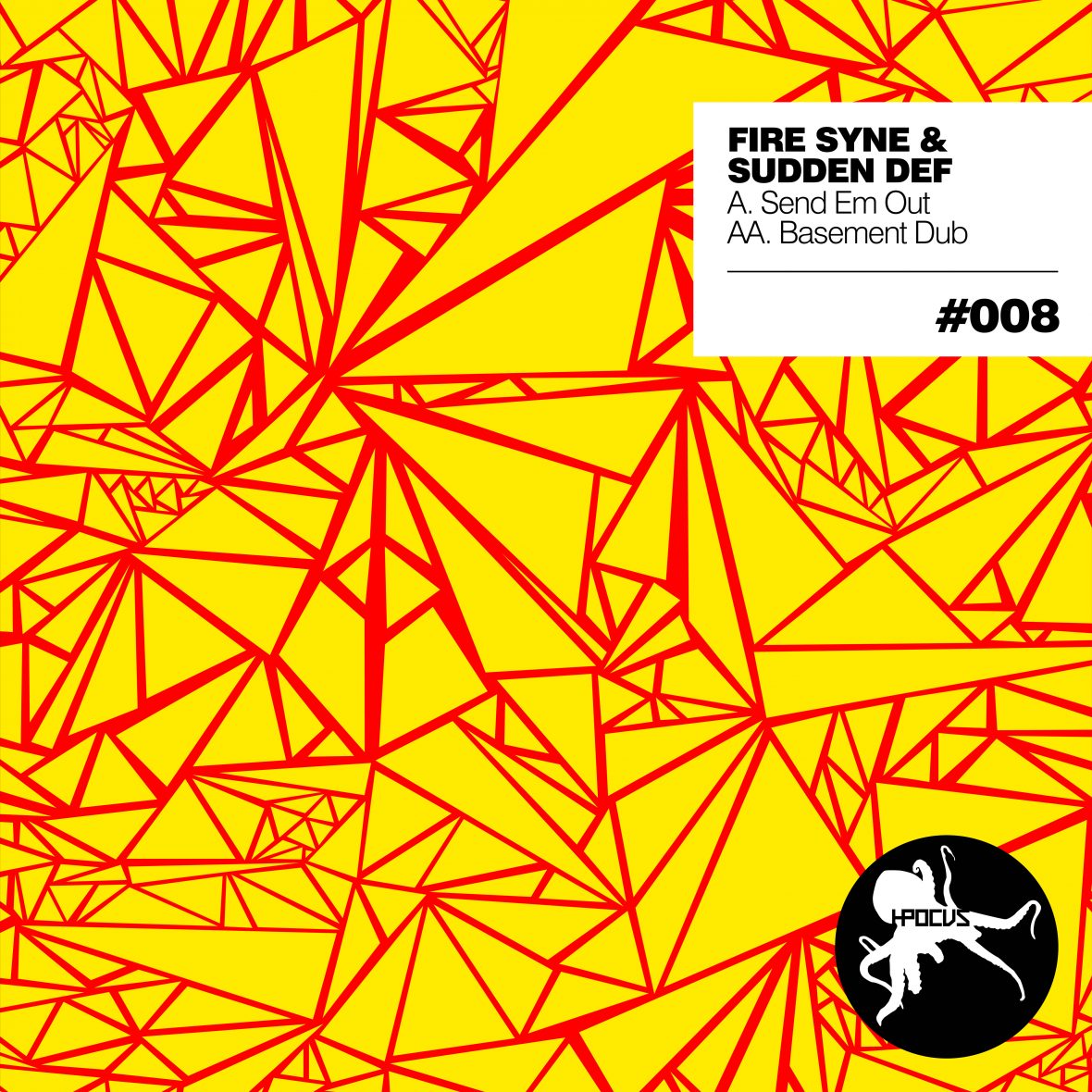 After finishing 2013 with a well-received release from label head honchos Dawn Raid, Hocus Pocus kick off 2014 neatly… and this time they have brought in some already certified heavyweight production company! Fresh from making waves in the dnb scene via their storming V Recordings releases in 2013, these two talented producers touchdown with a double a-side of two finely crafted cuts of Jungle Tech. Hocus Pocus present Firesyne and Sudden Def stepping up for Hocus Pocus 008 with two tracks that marry organic with synthetic beautifully, a must if you like your Jungle deep, techy and ROLL OUT!

Ouch!!…Organic chopped and rolling drums collide with sharp synthetic bass and synths, glued together finely with splashes of dub to create this monster Jungle Tech roller! The Detroit inspired synth intro gives the track the 90’s rave touch before making way to punching, skatty, rollout beats with a collage of deep glitchy bass! Dub inspired vocals and sounds compliment this combination throughout to result in a piece of finery Soundwave would happily have in his music arsenal! Bad!

The intro to Basement Dub comes with a vibe that captures the sound of the darker side of 90’s Jungle. With carefully crafted breaks reminiscent of the era, the robotic collage of bass gives this track that futuristic edge. Brought neatly together with slices of dub and deep synth strings, this one’s sure to make you dream of being in a Jungle dance on Cybertron!