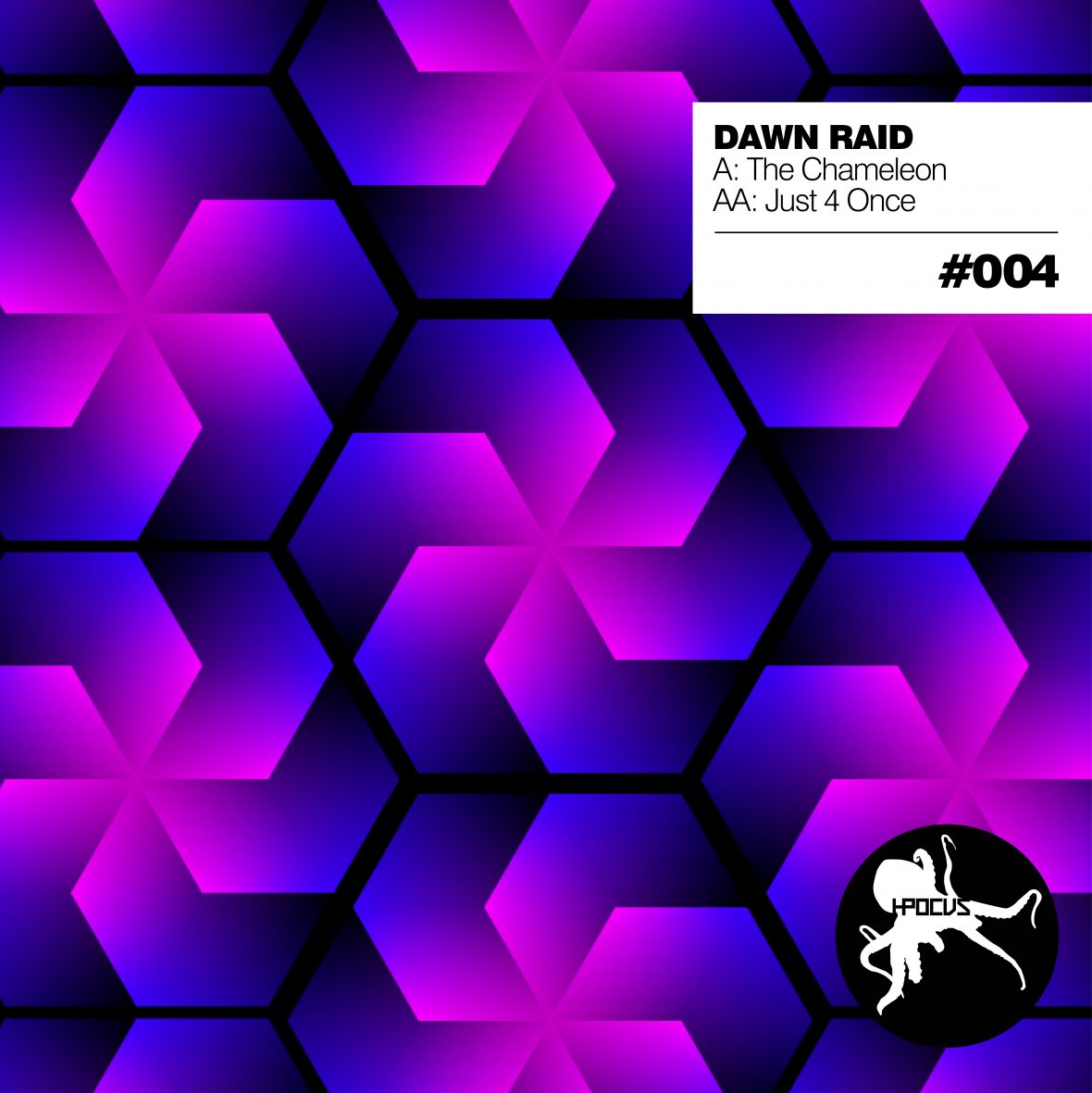 Hocus Pocus is proud to present their 4th release in the form of two heavy dancefloor tracks from label owners Dawn Raid.

To quote the immortal lines used by MC Inspektah Deck in Wu-Tang Clan’s classic track ‘The Mystery of Chessboxin’… “Steamrolling !#**^! Like an eighteen wheeler with a drunk driver driving…there’s no surviving!” encapsulates the vibe of this track in a nutshell! This one is a roller of epic proportions. Initially sucking the listener in with an almost voodoo like hypnotic feel are some tribal bongos, which roll out incessantly. These take the listener on a journey as the other elements of the track begin to build the anticipation towards the drop. Upon the advent of the drop, an eerie female vox advises the listener that “The Chameleon uses the Jungle”!!! At this point, all out hardcore esque stab warfare ensues, before a steamrolling meltdown. Heavy!

Another badass dancefloor track that will be a potent weapon in any DJ’s track list arsenal. ‘Just 4 Once’ buys in to what are now becoming Dawn Raid’s trademark elements… by building a very soulful audio landscape laden with pads & strings as the intro sets the foundation for the track. This is complemented very nicely by some heartfelt vocal acrobatics, & an electric piano flourish that entice the listener into the all-important groove. As the track builds, the listener is transported to the drop via a filtered drum track & musical line that slams in with utter devastation! 808 distorted basslines etc, etc then commence do their job to great effect! Another victory?? Yes indeed, big!