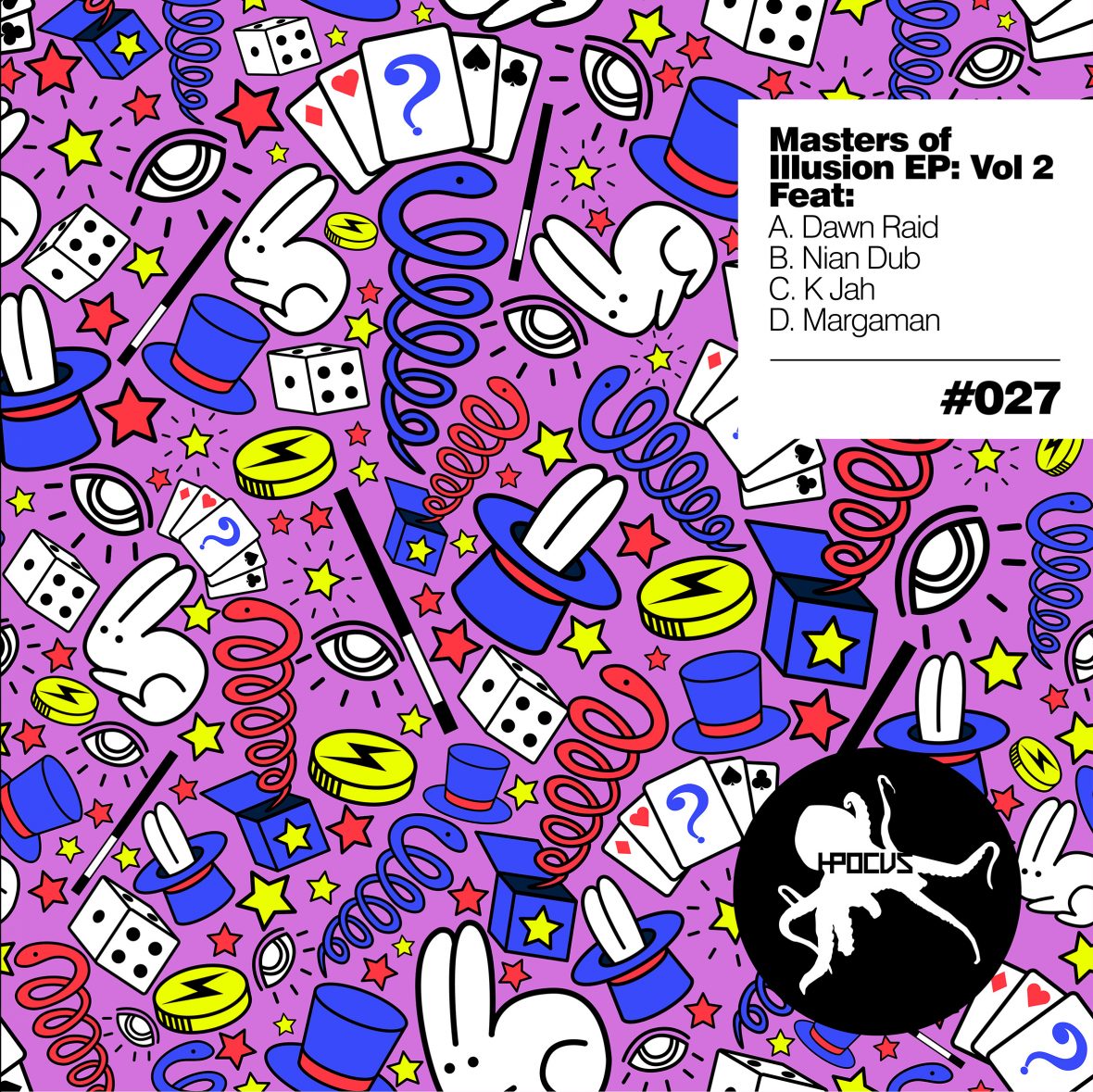 Hocus Pocus is proud to present their 27th release! Next up we have a full throttle dancefloor EP by a collection of all-star underground dnb artists who are racking up the quality releases across the 360 of Drum & Bass! Delivering 4 banging cuts that will not disappoint no matter your preference of beats & bass Jungle… Hocus Pocus presents… The Masters of Illusion EP Vol 2.

Our first track off the EP comes from label heads Dawn Raid. This sweet piece of soulful rolling beats & bass is straight out of the top drawer of junglist flavour… exactly what you would expect Dawn Raid to bring to the table! Building with sun-drenched rnb samples, you will be hypnotised by the motor town inspired nature of the intro as it breaks down in to the vocal crescendo!! Subterranean deep basses then combine with rolling beats & soul vibes to roll out in a big way! Quality!

Manchester’s Nian Dub are a production collective making big waves in the North-West scene and for good reason! Here once again they bring their undoubted dub foundation vibes to the Hocus Pocus table in the form of this dancefloor heater. The melancholy female vocal intro lulls the listener into a false sense of what is going to occur next… the ensuing five minutes is a straight banging ‘hands in the air’ riddim of the highest rave order. Bad!

Hocus Pocus main stay K Jah goes deep into his treasure trove of beats to lace our ears with this cut. A creepy intro builds up accompanied by flanged fused beats, well-placed FX & vox leading ever so discreetly into the drop. This one then hits you with a classic and infectious jump up Jungle sub bassline that has already devastated dancefloors on test! Rollin!

Cementing his place on the HP roster after his debut appearance on Masters of Illusion Vol 1, Margaman comes correct once again with this piece of rolling audio dynamite. Progressive beats & amens combine with dark jungle bleeps & stabs to form the backbone of a track reminiscent of the sounds from a heralded bygone era. Take a trip down memory lane with a future Jungle twist that has become Margaman’s certified trademark sound. Heavy!