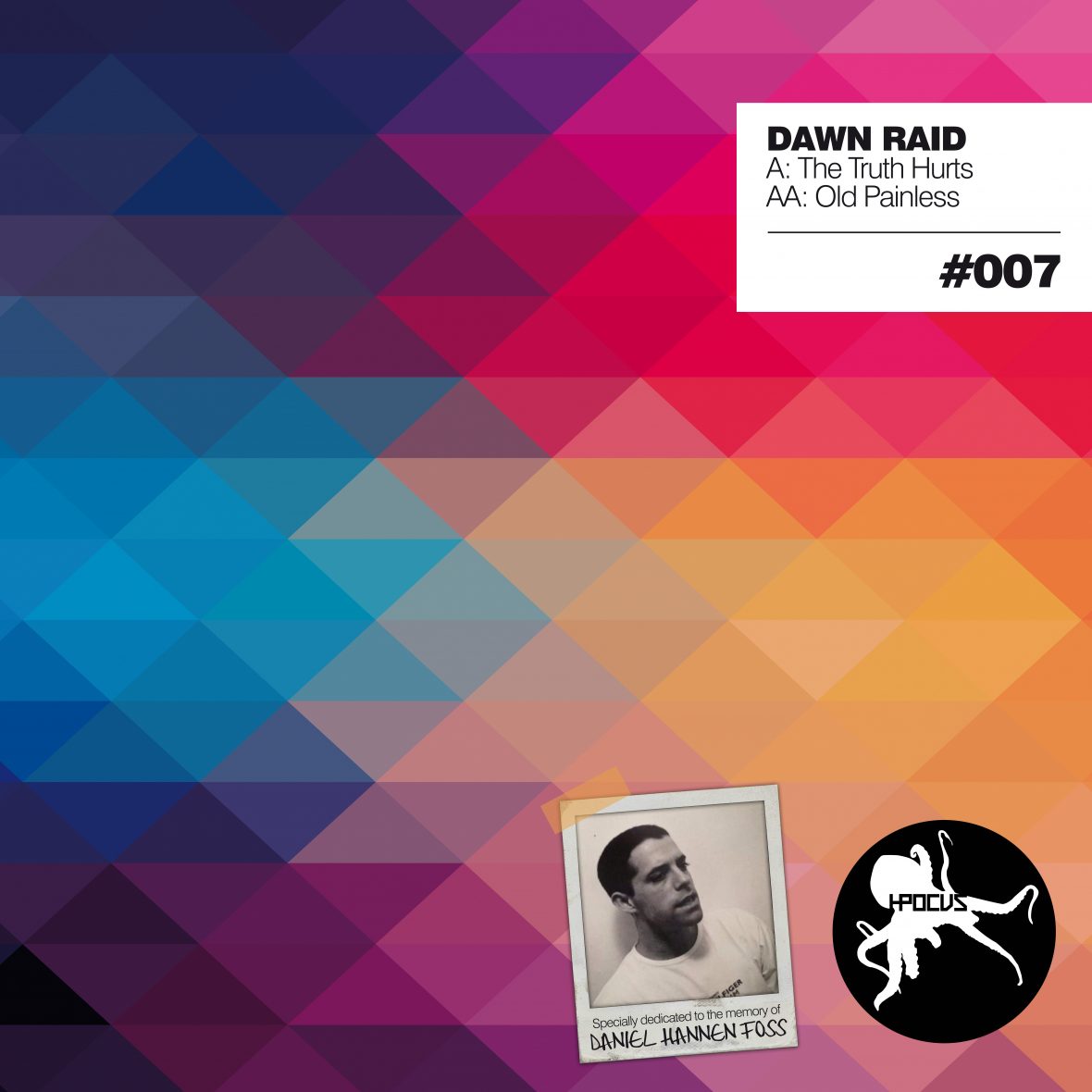 Following on from the recent success of the Hocus Pocus 006 by Lionfire’s Jinx, Dawn Raid are proud to present their 7th release (dedicated to the life & memory of OJ Daniel Hannen Foss) in the form of two heavy dance floor tracks from the label owners themselves. Currently being spun on dubplate worldwide by the likes of Randall, Kenny Ken, Ray Keith, Nicky Blackmarket and A-Sides.

A – The Truth Hurts

‘The Truth Hurts’ title was inspired from the sweet luscious female vox that accompanies this piece of audio dynamite throughout. “Ain’t no use pretending” is the cue for what follows as this track builds beautifully from the outset. The initial sonic soundscape is set by way of the vox, piercing strings & twinkling keys that lead into a filtered burst of sunset drenched classic rollout drums… certainly reminiscent of a bygone era, but with a new added twist! The tune is then propelled forward by sub bass stabs which complement the vibes effortlessly as we build towards the drop! At this point a beats & bass meltdown commence to rollout & bubble away in true Dawn Raid style!

“She says the Jungle!!” from the drop of the needle on the record, or to the play button being pressed on a CDJ… this track lets you know what’s up from the very first second! The classic vox which ushers the track in sets the tone, as this one laden with samples from a classic action jungle flick builds with ferocious intent. An eerie pad & string then accompany the beats & vox as the dynamic of the track begins to increase & lead towards the crescendo! Upon the drop… an absolutely cantankerous bass cannon is let off transporting any listener in to the heart of the Amazon… skanking like as if their very life depended on it. A true jungle rinser! ‘Old Painless’ is most definitely one for any DJ to “pull out tha bag” 😉