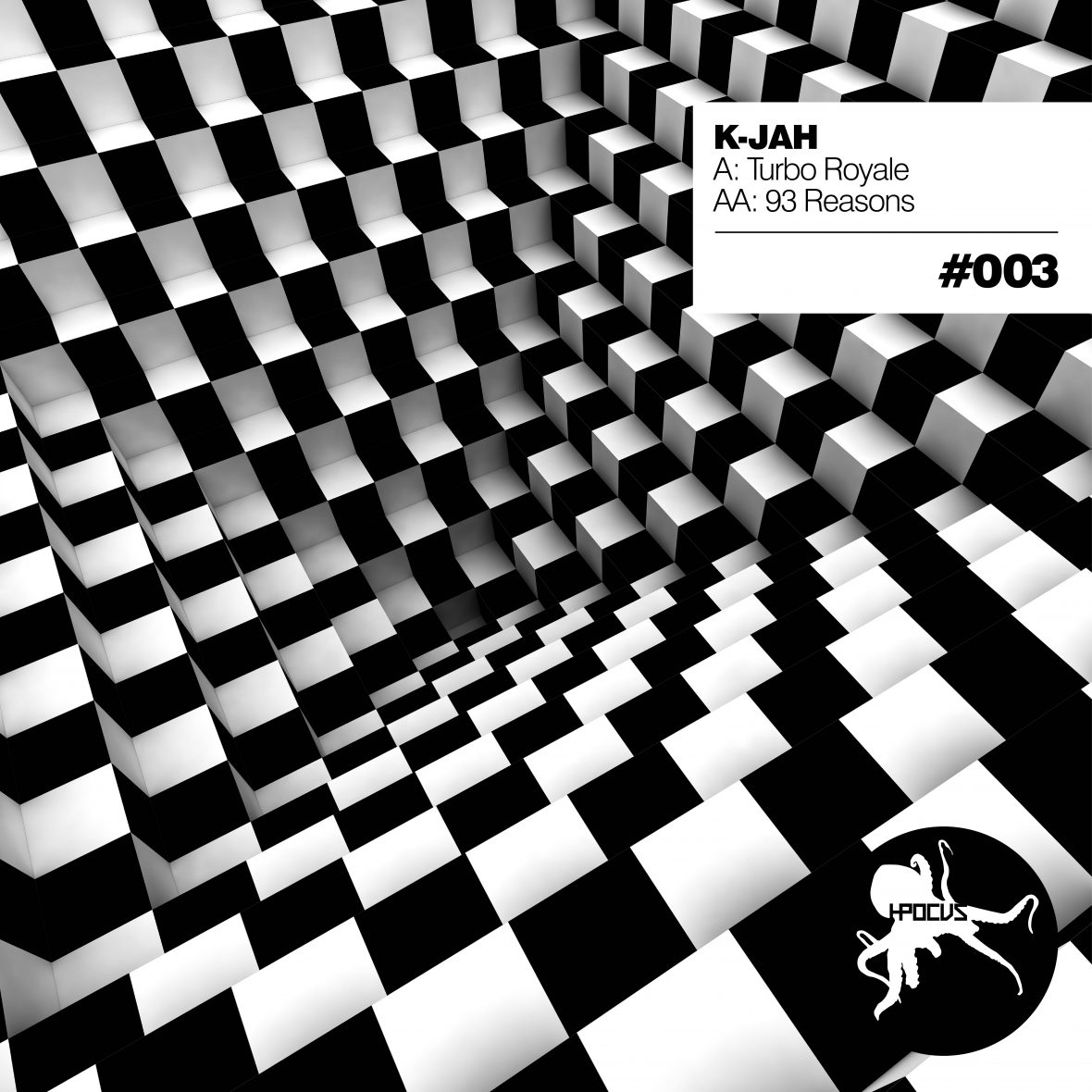 Hocus Pocus is proud to present their 3rd release in the form of two Jungle cuts courtesy of Birmingham producer and DJ, K JAH. This producer has been a firm fixture for many years in DJ sets across the Midlands & North West… He is now armed with dubs a plenty and ready to take the Drum and Bass scene by storm with his high quality productions.

K JAH has expressed his love of traditional Jungle music from the early 90’s through his productions and this release is no exception! With releases on Advisory, Pure Vibez, Criminal Records and ASBO Records over the past few months, we are pleased to be part of this producer’s journey. Currently being spun on dub by, amongst others Nicky Blackmarket, Kenny Ken and Heist.

K JAH goes back to the golden era of the mid 90’s with this cut. A rolling intro breaks down into a build up guided by well-placed militant clash vocals! The drop hits you with a classic and infectious jump up Jungle bassline that sends the place into meltdown and has already devastated dancefloors on dubplate. The track has lots of intricate switches in the bassline to keep the ravers bubbling.

Showing mad love for the early rave scene of the 90’s as Jungle started to break away from the main rave scene into its own genre, K JAH brings forth lush pads and classic vocals reminiscent of the early 90’s on the intro. ‘93 reasons then breaks into classic rolling drums and sub bass that just keeps you bouncing after an intro that is set to take you into the clouds. The track progresses nicely, rolling throughout leaving plenty of space, making it a great track to mix within a set. If you love your deeper and more euphoric rolling Jungle then this is one for you!